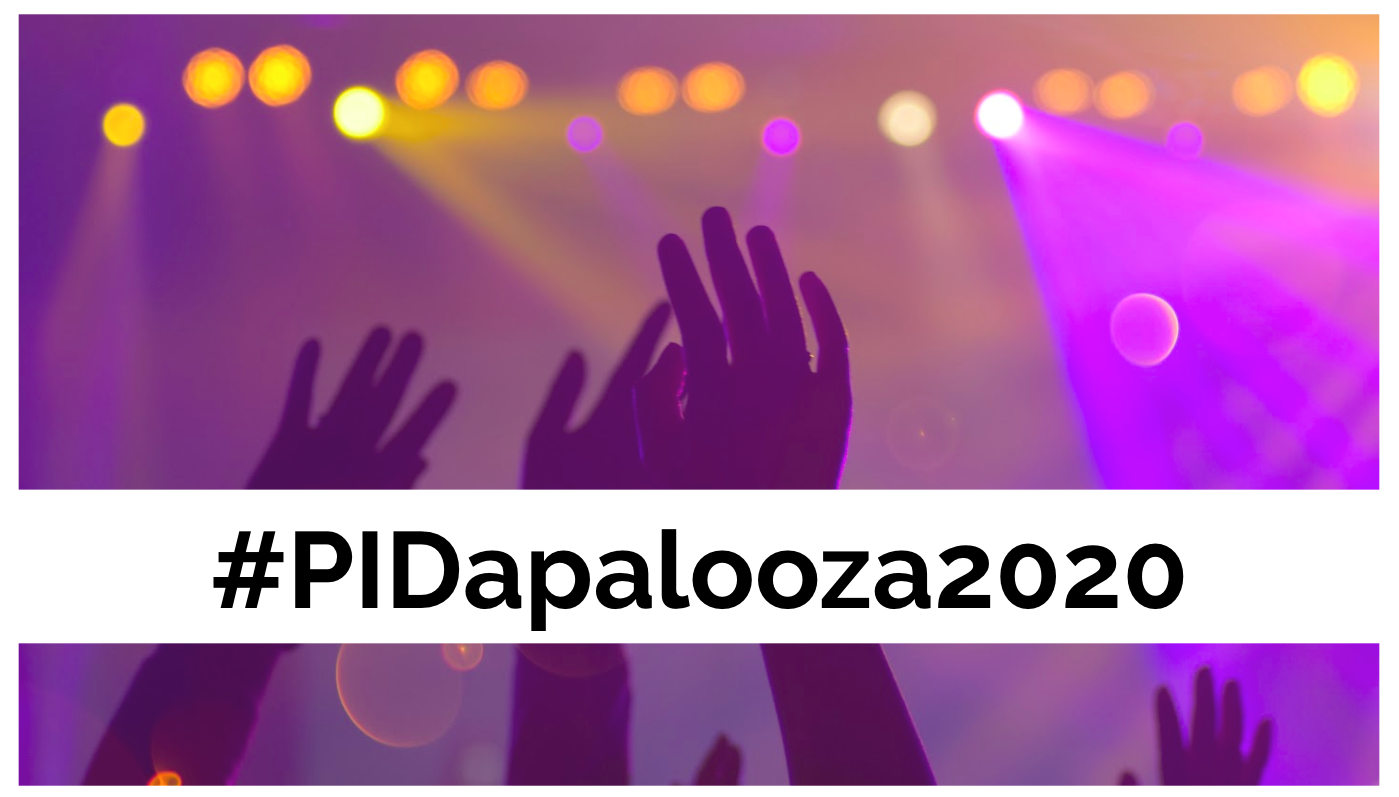 PIDapalooza 2020: Highlights from the Fourth Festival of PIDs

Last month, PIDapalooza rocked the world again! The fourth festival of persistent identifiers, which took place in Lisbon, featured a Portuguese classical guitarist, a Japanese nail artist, an interpretive dance about the scientific process, several uses of beach balls, silly hats and bells, the latest version of the fabulous PIDapalooza playlist and, of course, the lighting of the eternal flame!

There it is, the eternal flame of persistence is turned on thanks to its supporters 🔥 #PIDapalooza2020 @ORCID_Org @datacite @CrossrefOrg @CalDigLib pic.twitter.com/1ZnaqbAZYe

The festival lineup in Lisbon was impressive, with more than 40 different sessions from expert speakers who shared their PID successes and challenges, presented their visions for PID connections and PID communities, and introduced new PIDs on the block, all while discussing these serious topics in a range of interactive and engaging formats.

Not to mention the festival headliners: three inspiring keynote speakers…

First up was Maria Fernanda Rollo, Associate Professor at the Universidade Nova de Lisboa. Her talk, Towards the Circular Science: PIDs for a New Generation of Knowledge Creation and Management Paradigm in Portugal — from Vision to Reality, focused on her experience as Portugal’s former Secretary of State for Science, Technology, and Higher Education. As the person responsible for developing their national strategy for open science, Maria’s priority was more science, less bureaucracy — not as simple as it sounds! Democratization, efficiency, and transparency were key to the Portuguese PID policy, which included developing Estudante IDs for students and Ciencia IDs for everyone involved in science.

The second keynote, The Science Ecosystem and Open Science: A Multi-Legged Stool, was delivered by Beth Plale, program officer at the US National Science Foundation, working on open science, and a Professor in the Department of Intelligent Systems Engineering at Indiana University – Bloomington. Like Maria, Beth highlighted both the benefits and the challenges of open science, but her focus was primarily on data. She encouraged us to think about treating different kinds of digital content differently — for example, suggesting that not all data needs to be kept forever. And she noted that although “there’s a [PID] brain trust in this room,” most people don’t understand and/or care about identifiers; there’s a lot of work to be done on that front!

Last, but very definitely not least, was the closing keynote, Kathryn Kaiser, Assistant Professor and Scientist in the Office of Energetics at the University of Alabama – Birmingham. Her talk was entitled Dancing with the Scientists: The Costs of Piddling with Science without PIDs. In a festival-inspired mix of music, animation, and interpretive dance (yes, featuring a unicorn-themed beach ball), not to mention some memorable analogies — cheese as a metaphor for metadata, fishing as a metaphor for systematic reviews — Kathryn shared her pain, her struggles, her data, and her hopes as a researcher doing systematic review work in nutrition and obesity topics and relying on quality data infrastructure.

We are definitely all awake and energized after this fun start to @KatKaiserPhD’s keynote #PIDapalooza2020 😀 pic.twitter.com/SFw6A4nnQh

#PIDapalooza2020 was the largest-ever gathering in the festival’s four years, with about 175 participants from around the globe, many attending for the first time.

And that’s a wrap! Farewell #PIDapalooza2020 & farewell Lisbon! Thanks to everyone for being such a great crowd – see you again for #PIDapalooza2021 in ….??? (But not Wyoming. Sorry Wyoming.) pic.twitter.com/0NIAbaLvCD

When we asked festival attendees (*in a very scientific poll*) whether we had rocked their world this year, the answer was a resounding “Hell, yeah!”

We also asked you if #PIDapalooza2020 rocked your world. And yeah, hell yeah it did (apart from a handful of grumpy people)! pic.twitter.com/JAdcMu400l

It is clear from attendee feedback that PIDapalooza is truly a unique event, bringing together a specialized community to discuss important topics in a friendly and inclusive setting. Some highlights from the 2020 festival in their words:

It was an incredibly positive and productive event! I appreciated the ability to connect with the leading experts in the PID community. It is a testament to the meeting that it draws a braintrust like this.

[I liked] That all keynote speakers were women! But also the rather “informal” approach (taking yourself not too seriously while taking the work seriously).

The range of parallel talks means that you can really tailor your conference experience. It can be totally different from the journey your colleagues and friends experience, and you can share what you have learned over delicious canapés in a rainy city!

There’s a wonderful community feel – everyone is interested in sharing, learning, and having conversations during breaks. It’s amazing to have the leading PID folks in one place!

This is the best meeting to attend for the work I do.

It will soon be time to start thinking about the next PIDapalooza — the fifth! We’re already thinking about using that important anniversary as an opportunity to experiment — with the format, the location, or both — as well as continuing to build on all the things people love about the event.

In the meantime, whether or not you were in Lisbon yourself, you can experience or revisit #PIDapalooza2020 on Twitter and through the presentations available on the PIDapalooza 2020 community page on Zenodo.