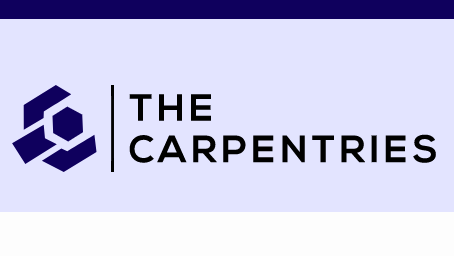 Posted in Library Carpentry, The Carpentries, and UC Libraries

Today we are announcing a new project to help build regional training partnerships in California. As the Data Services Librarian at the University of California,…

Posted in EZID, and UC3

Greg Janée, lead developer for the EZID service, has recently stepped up to be the Director of the Data Curation Program at the UCSB…

Posted in Data Publication, and Development

The Dash Data Publication service is now allowing access to dataset metadata and public files through a read-only API. This API focuses on allowing metadata…

USING AMAZON S3 AND GLACIER FOR MERRITT- An Update

The integration of the Merritt repository with Amazon’s S3 and Glacier cloud storage services, previously described in an August 16 post on the Data Pub blog, is…

A partnership between the CDL, Harvard Library, and UCLA Library has been awarded funding from IMLS to create Cobweb, a collaborative collection development platform for web archiving.…

CC BY and data: Not always a good fit

This post was originally published on the University of California Office of Scholarly Communication blog.

Last post I wrote about data ownership, and how focusing on “ownership” might drive you nuts without actually answering important questions about what can be done with data. In that context, I mentioned a couple of times that you (or your funder) might want data to be shared under CC0, but I didn’t clarify what CC0 actually means. This week, I’m back to dig into the topic of Creative Commons (CC) licenses and public domain tools — and how they work with data.

Who “owns” your data?

This post was originally published on the University of California Office of Scholarly Communication blog.

Which of these is true?

“The university owns the data.”

“Nobody can own it; data isn’t copyrightable.”

You’ve probably heard somebody say at least one of these things — confidently. Maybe you’ve heard all of them. Maybe about the same dataset (but in that case, hopefully not from the same person). So who really owns research data? Well, the short answer is “it depends.”

A longer answer is that determining ownership (and whether there’s even anything to own) can be frustratingly complicated — and, even when obvious, ownership only determines some of what can be done with data. Other things like policies, contracts, and laws may dictate certain terms in circumstances where ownership isn’t relevant — or even augment or overrule an owner where it is. To avoid an unpleasant surprise about what you can or can’t do with your data, you’ll want to plan ahead and think beyond the simple question of ownership.

PIDapalooza – What, Why, When, Who?

UC3 to Explore Amazon S3 and Glacier Use for Merritt Storage

The UC Curation Center (UC3) has offered innovative digital content access and preservation services to the UC community for over six years through its Merritt repository.…

Posted in Hiring, and UC3

CDL is recruiting for a new Product Manager.  This position will oversee the product management and outreach activities for the Dash project and service, as…